Quite some time ago, I reviewed the first book in the Mysterious Benedict Society trilogy. You can read that here.

Today, I’m reviewing the prequel to that series, The Extraordinary Education of Nicholas Benedict by Trenton Lee Stewart.

Start with a gifted orphan. Add in a few bullies, a few misguided adults, and a treasure hunt. Though the situation may be familiar, Trenton Lee Stewart enriches it to become a thoroughly enjoyable book.

Nicholas Benedict has bounced around from orphanage to orphanage, each worse than the last. When Nicholas is placed in The Manor, his hopes for a better life are quickly met with a cell-like bedroom and a less-than-welcoming welcome party, the bullies known as the Spiders. But locked doors and mean kids are no match for the wits of our narcoleptic hero, and soon Nicholas is hot on the trail of a treasure. With the aid of a new friend (and only friend), Nicholas follows the clues to uncover what he hopes will be the start of a new and better life on his own. Along the way, Nicholas learns about family, selfishness, and what is truly worth treasuring in life.

My favorite parts of The Extraordinary Education of Nicholas Benedict reflect what I appreciated in the Mysterious Benedict Society trilogy. And that is that we, the reader, get to see how different characters solve problems. Climbing inside the head of Nicholas Benedict as a child allows the reader to guess how problems might be solved, bullies outwitted, and talents used, albeit not always for good. Stewart creates a wholly likeable cast of main characters, again providing back stories that help us relate to them.

That said, there were a few things that I did not enjoy as much as in his trilogy. As is often the case with YA Fiction, the adults are generally written as either stupid or silly with few exceptions. Many of the secondary characters suffer from being one-dimensional, acting predictably and not exactly true to life. And the thing I liked least was the author’s use of deux ex machina to solve the final problem. For being a story about a genius problem solver, the author might have woven in a better thread with which to solve the final problem. One last, little thing was that the author repeated the fact that Nicholas had a near perfect memory so many times that I wondered if he thought his readers had near goldfish-level memories and would have forgotten this fact.

As it was, The Extraordinary Education of Nicholas Benedict was a story well told and well worth reading. I look forward to Stewart’s future books and hope to learn from them as I have from these. 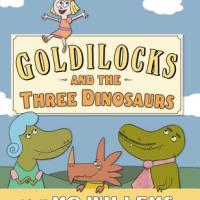