I took a few days off this week to spend with my girls while their normal daycare provider is on vacation. I love spending time with my girls. My youngest is all smiles and snuggles. My oldest is full of surprises. 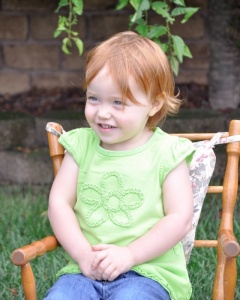 Anyway, I decided to do an interview with them. I’m only going to post the interview with my eldest here though, since my youngest is still working on building her vocabulary (at the moment, her favorite word is “bubble”, which, admittedly, is a fine word). The following is our interview.

ME: Your birthday is coming up soon. How old will you be?

ME: What do you want for your birthday?

HER: Cupcakes and muffins.

ME: Do you want any toys?

ME: What is your favorite color?

HER: Red. Red is my favorite color.

ME: Tell me about your family.

ME: What about Mommy?

ME: Is Mommy a horsey?

ME: What is Mommy?

HER: Please, I want to color.

I  was pretty happy with how it turned out. And I’m glad that she doesn’t think her mom is a horse. Because that wouldn’t be a very nice thing to say about someone. Unless that someone is the amazing Mr. Ed (who actually was a horse). 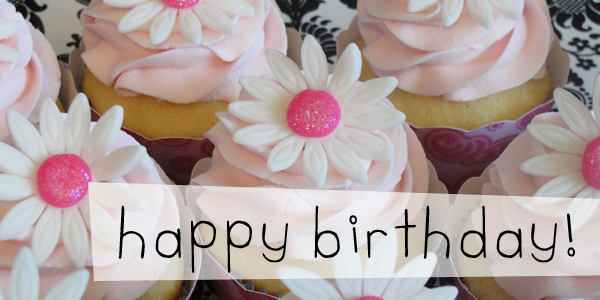 No, it isn’t my birthday. But my youngest daughter is one year old today. So in honor of her birthday, I’m going to give away some presents.

I’ll announce the winner next Monday (July 15) and ship the books out after that. If you win, I’ll contact you to get your mailing address. If you don’t win, I won’t. Simple as that.

Here are the books:

The Emerald Atlas (The Books of Beginning) by John Stephens

Called “A new Narnia for the tween set” by the New York Times and perfect for fans of the His Dark Materials series, The Emerald Atlas brims with humor and action as it charts Kate, Michael, and Emma’s extraordinary adventures through an unforgettable, enchanted world.

These three siblings have been in one orphanage after another for the last ten years, passed along like lost baggage.

Yet these unwanted children are more remarkable than they could possibly imagine. Ripped from their parents as babies, they are being protected from a horrible evil of devastating power, an evil they know nothing about.

Before long, Kate, Michael, and Emma are on a journey through time to dangerous and secret corners of the world…a journey of allies and enemies, of magic and mayhem.  And—if an ancient prophesy is correct—what they do can change history, and it is up to them to set things right.

(Josh’s note – This is an excellent book and series. Read my review of The Emerald Atlas here.)

The Hero’s Lot (The Staff & the Sword) by Patrick W. Carr

With the King Near Death, Will the Kingdom Fall?

When Sarin Valon, the corrupt and dangerous church leader, flees the city of Erinon and the kingdom, Errol Stone believes his troubles have at last ended. But he and his friends still have dangerous enemies working against them in secrets and whispers.

In a bid to keep them from the axe, Archbenefice Canon sends Martin and Luis to Errol’s home village, Callowford, to discover what makes him so important to the kingdom, and in that journey they discover amazing new secrets about the workings of Aurae.

Back in Erinon, Errol is unjustly accused of consorting with spirits. Convicted, his punishment is a journey to the enemy kingdom of Merakh, where he must find Sarin Valon and kill him. To enforce their sentence, the church leaders place Errol under a compulsion–he must complete his task, or die trying.

(Josh’s note – I’m almost done with this book, and I’m really enjoying it. I’ll review it officially when I am finished. I did a review for the first in this series here.)

While covertly investigating a controversial neurological research program, exposé filmmaker Jevin Banks is drawn into a far-reaching conspiracy involving one of the world’s largest pharmaceutical firms. Jevin is seeking not only answers about the questionable mind-to-mind communication program but also answers to his own family tragedy.

Rooted in groundbreaking science and inspired by actual medical research, Placebo explores the far reaches of science, consciousness, and faith. This taut, intelligent, and emotionally gripping new thriller from master storyteller Steven James will keep you flipping pages late into the night.

(Josh’s note – I’ve not read any Steven James books before, but I love his articles on writing and I know that he’s a gifted storyteller. So, I don’t know why I haven’t read his books yet. What is wrong with me?)

Inside Narnia: A Guide to Exploring The Lion, the Witch and the Wardrobe by Devin Brown

The Chronicles of Narnia series has sold over 85 million copies worldwide and single-handedly introduced people of all ages to the central doctrines of Christianity. Anticipating the December 2005 Walden Media/Walt Disney Pictures release of The Lion, the Witch and the Wardrobe, this book guides readers through the novel that started it all.Inside Narnia offers a close reading of The Lion, the Witch and the Wardrobe. Tracing through the book chapter by chapter, Devin Brown explores the features of C. S. Lewis’s writing, supplies supplemental information on Lewis’s life and other books, offers comments and opinions from other Lewis scholars, and shows the work’s rich meanings. Insightful and thorough, Inside Narnia will dig deeper into Lewis’s magical world to reveal biblical truths that often go uncovered. Fans of C. S. Lewis and those who will meet him through the upcoming film release will want to read this book.

(Josh’s note – I realize that this is an older book, because it came out before the Narnia movies, but since the Narnia books aren’t all that new, I’m sure it is still good.)

Kira Walker has found the cure for RM, but the battle for the survival of humans and Partials is just beginning. Kira has left East Meadow in a desperate search for clues to who she is. That the Partials themselves hold the cure for RM in their blood cannot be a coincidence—it must be part of a larger plan, a plan that involves Kira, a plan that could save both races. Her companions are Afa Demoux, an unhinged drifter and former employee of ParaGen, and Samm and Heron, the Partials who betrayed her and saved her life, the only ones who know her secret. But can she trust them?

Meanwhile, back on Long Island, what’s left of humanity is gearing up for war with the Partials, and Marcus knows his only hope is to delay them until Kira returns. But Kira’s journey will take her deep into the overgrown wasteland of postapocalyptic America, and Kira and Marcus both will discover that their greatest enemy may be one they didn’t even know existed.

The second installment in the pulse-pounding Partials saga is the story of the eleventh hour of humanity’s time on Earth, a journey deep into places unknown to discover the means—and even more important, a reason—for our survival.

(Josh’s note – I have no familiarity with this book, series, or author. I have no idea if it is any good at all. Also, this is the second book in the series. Just so you know.) 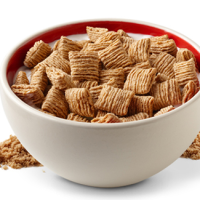