Universities can do strange things to people. Some people drink and party. Some people study hard and become successful and rich. I started a registered student organization devoted to watching Viking movies.

When choosing a dorm for my freshman year at Western Michigan University, I went in blind. Some people say that it is safer to be roommates with someone you know, but I didn’t want to end up hating someone that I knew from high school. I was assigned to live with a group of sophomores in the Honors College dorm, Eldredge Hall. As it happened, one of those sophomores was from my hometown anyway, though I had not seen him in many years because he went to a Catholic high school.In addition to having our hometown in common, we had a common heritage of being part Norwegian (a very small part if I am honest). For some reason, we bonded over this fact and the Valhalla Norwegian Society (VNS) was born. This film is officially endorsed by the Valhalla Norwegian Society.

At first, the VNS existed solely to watch movies about Vikings. We watched The Longships and The 13th Warrior and then The Longships again. While watching, we would drink ginger beer (the closest thing to mead we had at the time) and say things like “By the Hammer of Thor, this ginger beer is delicious,” and “By Great Odin’s Ravens, I love this film!” And then I decided that we needed to evolve as a group and become recognized by the University.

Because that is where the money is.

We got a mailbox in the student government offices and were featured in the student newspaper and on the student radio station. It wasn’t long before we had tripled our membership (to six) and were holding joint events with other registered student organizations.

Lego asked me to model for this minifigure.

It was fun for a semester, but as these things do, it fizzled around exam time. The following year, we didn’t bother re-registering because we didn’t have time to fill out the necessary paperwork to apply for scholarships for ourselves. I’m not sure the student government would have allocated us the funds anyway.

But for that one semester, it was real. And because it was real, I still list that I was the President of the Valhalla Norwegian Society on my CV. I am a Viking. 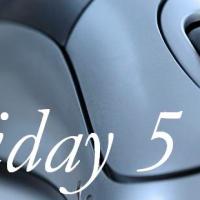