Thom and Tom are the titular characters of my flash fiction series.

I first came up with the idea for their characters on a slow night at the bookstore, six or so years ago. At the time, Thom was an anthropomorphic monkey. The first story started like this:

There once lived a monkey whose name was Thom.*

*The h is silent, but not invisible.

I had been reading a lot of Terry Pratchett books at the time, and I really liked his use of footnoting back story and explanations. I continued on from there.

Thom lived in a tree house with his roommate, Tom.*

*Tom is not silent, but is invisible.

In order to be a successful pairing, roommates should be quite different. I know this has proven true in my own experiences. So, I flipped the footnote, which gave me the idea for a whole story. Thom is my straight man, and Tom is my crazy, invisible character.

Somewhere along the line, Thom became a squirrel. I think it was around the time that the Curious George movie came out and everything had been monkey-related. I didn’t want Thom to be typecast before he got his chance to shine, but I still liked the tree house. What other animal could anthropomorphically enjoy living in a tree house? That’s right, a squirrel.

What is Tom then? He’s invisible. So is he a ghost? No. Is he imaginary? No.

And now you know the main characters of my flash fiction stories. Each one starts with the same two lines.*

Next week, we’ll meet the main character of the novel that I’m currently working on. 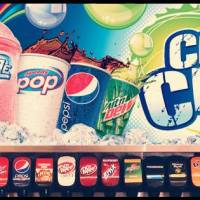