Here’s how this is going to work. I’ve got four books that I am giving away. If you want any of them, leave a comment with your order of preference. If you don’t want one of the books below, leave it off your list. Easy enough.

Full disclosure here, I borrowed these descriptions from the publishers.

In the concluding volume of Stieg Larsson’s Millennium trilogy, Lisbeth Salander lies in critical condition in a Swedish hospital, a bullet in her head.

But she’s fighting for her life in more ways than one: if and when she recovers, she’ll stand trial for three murders. With the help of Mikael Blomkvist, she’ll need to identify those in authority who have allowed the vulnerable, like herself, to suffer abuse and violence. And, on her own, she’ll seek revenge–against the man who tried to killer her and against the corrupt government institutions that nearly destroyed her life.

Kate, Michael, and Emma have been in one orphanage after another for the last ten years, passed along like lost baggage.

Yet these unwanted children are more remarkable than they could possibly imagine. Ripped from their parents as babies, they are being protected from a horrible evil of devastating power, an evil they know nothing about.

Before long, Kate, Michael, and Emma are on a journey to dangerous and secret corners of the world…a journey of allies and enemies, of magic and mayhem.  And—if an ancient prophesy is correct—what they do can change history, and it is up to them to set things right.

The Emerald Atlas brims with humor and action as it charts Kate, Michael, and Emma’s extraordinary adventures through an unforgettable, enchanted world.

Eight years after Graceling, Bitterblue is now queen of Monsea. But the influence of her father, a violent psychopath with mind-altering abilities, lives on. Her advisors, who have run things since Leck died, believe in a forward-thinking plan: Pardon all who committed terrible acts under Leck’s reign, and forget anything bad ever happened. But when Bitterblue begins sneaking outside the castle–disguised and alone–to walk the streets of her own city, she starts realizing that the kingdom has been under the thirty-five-year spell of a madman, and the only way to move forward is to revisit the past.

Two thieves, who only steal what has already been stolen, change her life forever. They hold a key to the truth of Leck’s reign. And one of them, with an extreme skill called a Grace that he hasn’t yet identified, holds a key to her heart.

Shadow Blizzard is the third book by the international bestselling fantasy author Alexey Pehov. Like Shadow Prowler and Shadow Chaser, Shadow Blizzard is epic fantasy at its best; this is the third book in a trilogy that follows Shadow Harold, Siala’s master thief, on his quest for the magic Horn that will restore peace to his world. After the loss of friends and comrades, after betrayal and battle, after capture by fearsome orcs, Harold finally reaches the dreaded Hrad Spein. But before he can complete his quest by stealing the magic horn, he will have to brave the most fearsome obstacles yet—obstacles that have destroyed everyone before him…and Harold must do so alone.

This book giveaway is open only to people in the continental US. Be sure to leave your comment before 9pm next Monday night (2012/05/21), because that’s when this little contest ends.

If you are looking for another contest, check out this entry. The deadline there is the end of the month. 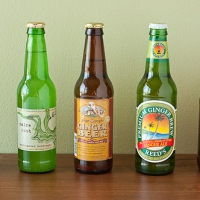